Cinestudio is a classic movie palace located on the campus of Trinity College in Hartford, Connecticut, not far from Downtown. It’s a not-for-profit independent film theater with a magnificent single-screen venue, 485 seats, and a much loved balcony. Built in 1935 with a signature design by McKim, Mead and White, Cinestudio stands to this day as one of the most highly regarded art house cinemas in the country.

Founded in 1970 by a group of students at Trinity, Cinestudio has a long standing reputation for its wide diversity of programing, legendary projection, and superb sound quality. Recently equipped with the highest quality 4K Digital Cinema systems, Cinestudio has also retained it’s top-of-the-line physical film of 35mm and 70mm projectors for use in studio archive presentations.

The film obsessed students who founded Cinestudio in 1970 located a home in the Clement Chemistry Building, taking what at the time was a little used lecture hall with troubled acoustics and, within two years, turning it into a beautiful recreation of a 1930s film house. With the help of Ralph Mauro from National Theater Supply and Lonny Jennings at Dolby, the sound issues were rectified and Cinestudio held its grand opening to the public on February 16, 1970. The grand opening was completely sold out, featuring a double feature of Alice’s Restaurant and The Beatles’ Yellow Submarine. After the success of the grand opening, Cinestudio continued to make its mark by screening controversial new cinema: foreign classics like the works of Swedish director Ingmar Bergman, the debut of eventual cult favorites like The Rocky Horror Picture Show, 70mm projectors installed for Stanley Kubrick’s 2001, A Space Odyssey, sold out showings of Harold and Maude and Eraserhead, etc.. To this day Cinestudio shows such epic veteran films and new creative masterpieces in a daily celebration of the Art of Cinema!

Cinestudio continues to provide a unique opportunity for young people to learn how to operate a fully professional movie theater to the highest technical standards. Two founding members, James Hanley and Peter McMorris, have guided the theater since its inception, and now manage its day-to-day operations, including all nightly projections. Cinestudio runs as a cooperative, with a staff of approximately 50 student and community volunteers running showings seven days a week.

In 2002, Cinestudio incorporated as a 501(c)(3) not-for-profit arts organization. The theater is independent of Trinity College, although it still occupies the same space in the Clement Chemistry Building. It is a theater unique to any in the country.

In 2007, the theater’s ticket booth was renamed the Fred Pfeil Memorial Ticket Booth in honor of late Trinity College professor and much loved long-time Cinestudio volunteer and board member, Fred Pfeil.

“After 40 years (the theater celebrated its anniversary in March with a screening of Up in the Air), Cine studio is still one of the best-kept secrets—and most worthwhile diversions—on the Trinity College campus. Nestled within the school’s 1935 McKim, Mead, and White-designed Clement Chemistry Building and graced movie-palace style with a dramatic red interior, gold Austrian shade curtain and 70mm projection capability, it’s become the go-to community destination for fans of all films: classics, foreign, animé, Hollywood and indie releases.”

“How do we love Cinestudio? Let us count a few ways: 1. It’s modeled after the classic movie palaces of the 1930s, with a mind-blowing, custom-made gold Austrian shade curtain. 2. After 40 years, it still schedules the best-and sometimes impossible to find elsewhere-in classic, current, foreign and indie films. 3. A not-for-profit arts organization, it’s largely managed by a volunteer army of 50 Trinity College students (the campus on which the theater stands) and community members: One early volunteer was Trinity alum and Hollywood director Stephen Gyllenhaal (father of actors Maggie and Jake). 4. Its ubiquitous lion logo was inspired by the “lion courant” in A Lion in Winter and is thus the coolest lion since MGM’s Leo.”

“If you live in or around Hartford, you know that Cinestudio at Trinity College is the premier destination for film-lovers in the area. Originally a school lecture hall, the space was converted in a glorious ’30s-style movie palace, complete with a balcony, in 1970. The fare varies from independent and foreign films to second-run major studio pictures. But no matter what’s on the screen, show up early to secure the back row center seats, and prepare to be hypnotized by the curtains.” 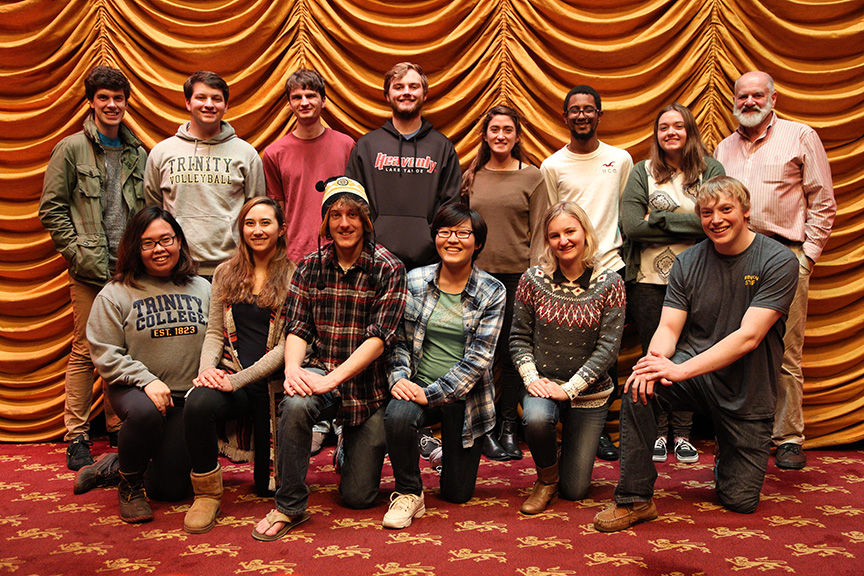 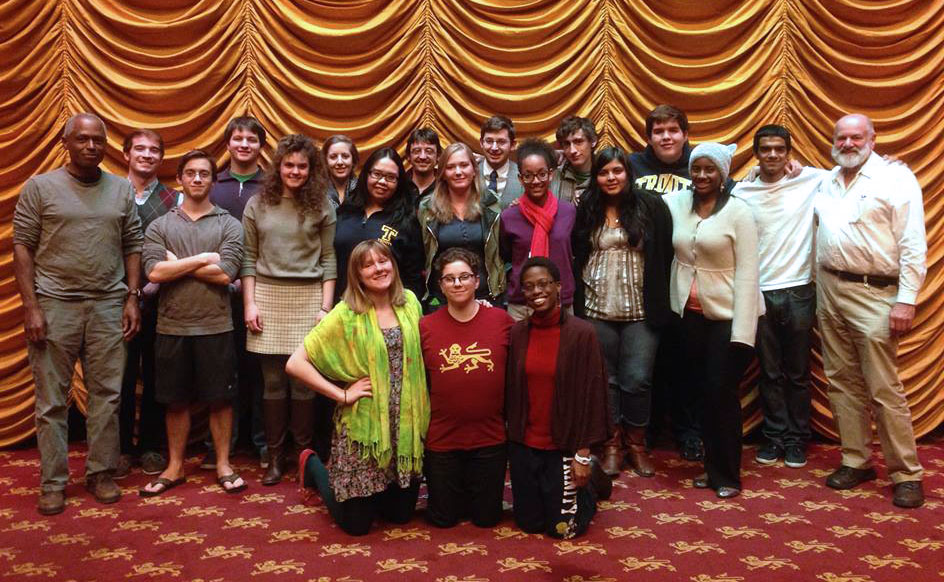