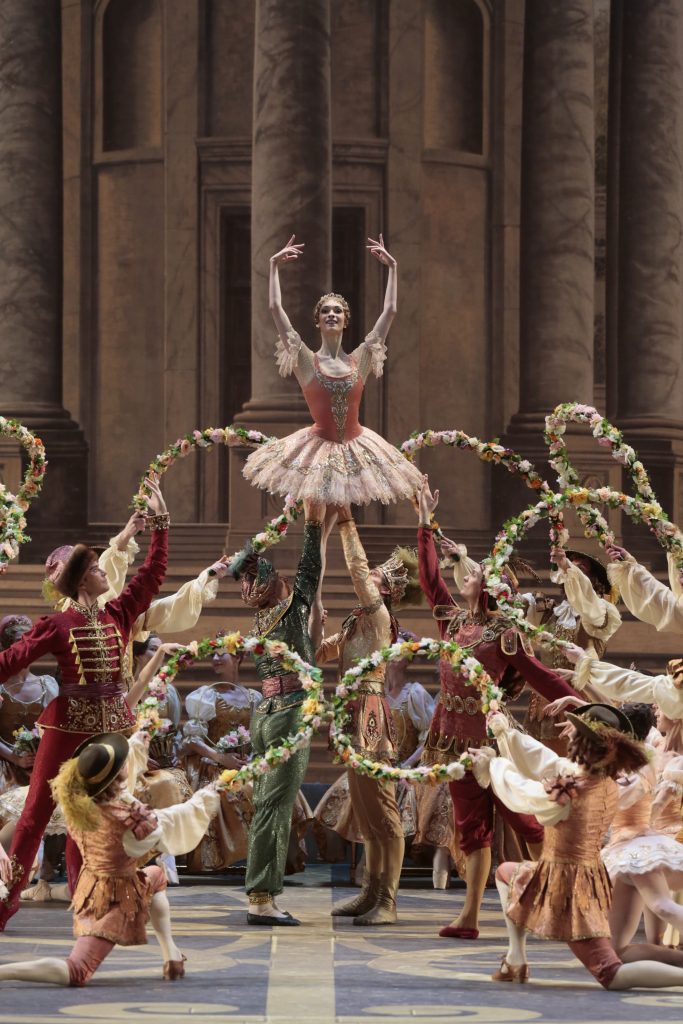 After creating an appetite for everything modern, Sergei Diaghilev was dismayed when 1921 London didn’t appreciate the Ballet Russe’s production of a classical, full-length ballet set to the music of Pyotr Tchaikovsky. But today’s more eclectic dance fans are sure to be thrilled by a live performance of this magical ballet, directly from Moscow’s Bolshoi Theatre! When Princess Aurora turns 16, she pricks her finger on a spindle, setting off a curse that sends her into a dreamless sleep – from which she can only to be awakened by a kiss. Spoiler – the charming epilogue features a wedding, attended by fairy tale characters including Blue Bird, Puss in Boots, Little Red Riding Hood (& The Gray Wolf), Cinderella, and The Lilac Fairy, danced by Bronislava Nijinska in the Ballet Russe verision.

“This production works at every level, speeding through wave after wave of beautiful classical dance. Grigorovich’s modernisations retain all the respect for the traditions of these great ballets!” Graham Watts, Londondance.com.