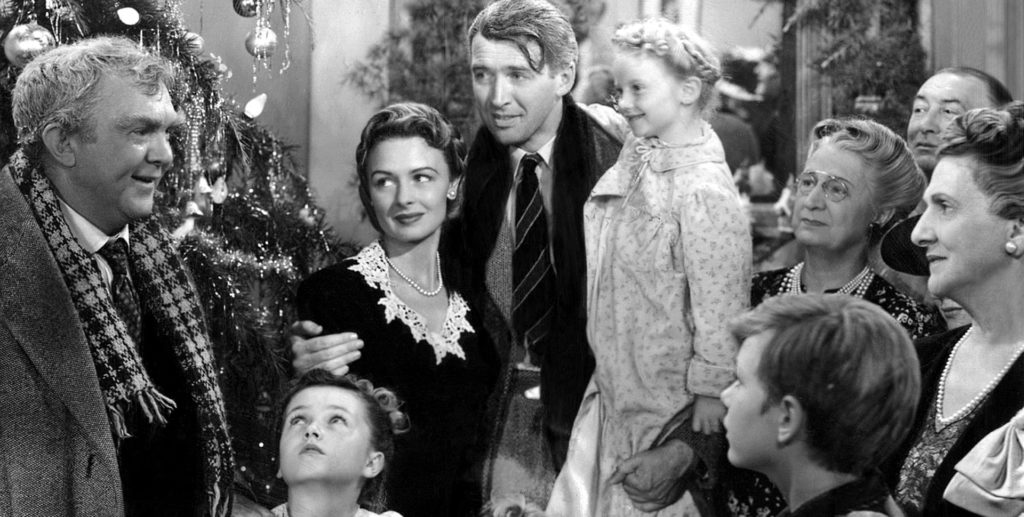 At the end of a challenging year, we’re all for drowning our sorrows in a glass of holiday rum punch. But it feels even better if you recharge your energies with Frank Capra’s movie celebrating the hard-won values of community and caring. We invite you to take the whole family or special group of friends to see a great American classic film as well as a holiday tradition! James Stewart plays a small town guy who’s put his own dreams on hold to help others, only to see his optimism crushed by the greed of the privileged few. It takes an angel-in-training named Clarence to reveal what Bedford Falls would have become without his sacrifice and commitment. 129 min.

“More than just a holiday classic, Capra’s film is a powerful vote for the hope and change we need.”- Roger Ebert, Great Movies.

« Exhibition On Screen: Canaletto and The Art of Venice
The Florida Project »