JUDAS AND THE BLACK MESSIAH

JUDAS AND THE BLACK MESSIAH 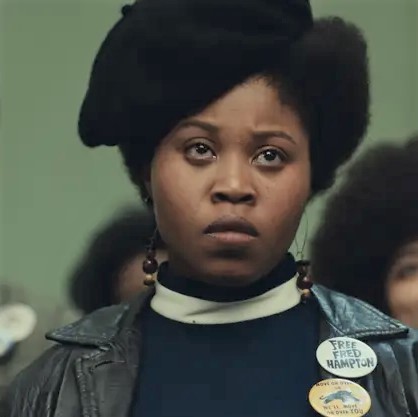 In the wake of the police killing of George Floyd (and more), writer/director Shaka King plunges us back into another turbulent time: the chaos that followed murders of Dr. Martin Luther King, Jr. and Malcolm X. With complexity and fearlessness, his new film explores the truth about the killing of Black Panther Chairman Fred Hampton (Daniel Kaluuya), who tried to unite Blacks, Puerto Ricans, and Leftist Southerners to rebel. Recent evidence has exposed the truth of his murder, as Hampton and his cause are betrayed by an ambivalent undercover Panther (Lakeith Stanfield), who is under orders from an FBI agent (Jesse Plemons) and J. Edgar Hoover (Martin Sheen) himself. The quartet of brilliant actors (plus Dominique Thorne) makes Judas and the Black Messiah a must-see, but it is the lack of a soft sell to white audiences that feels like something new in American filmmaking.