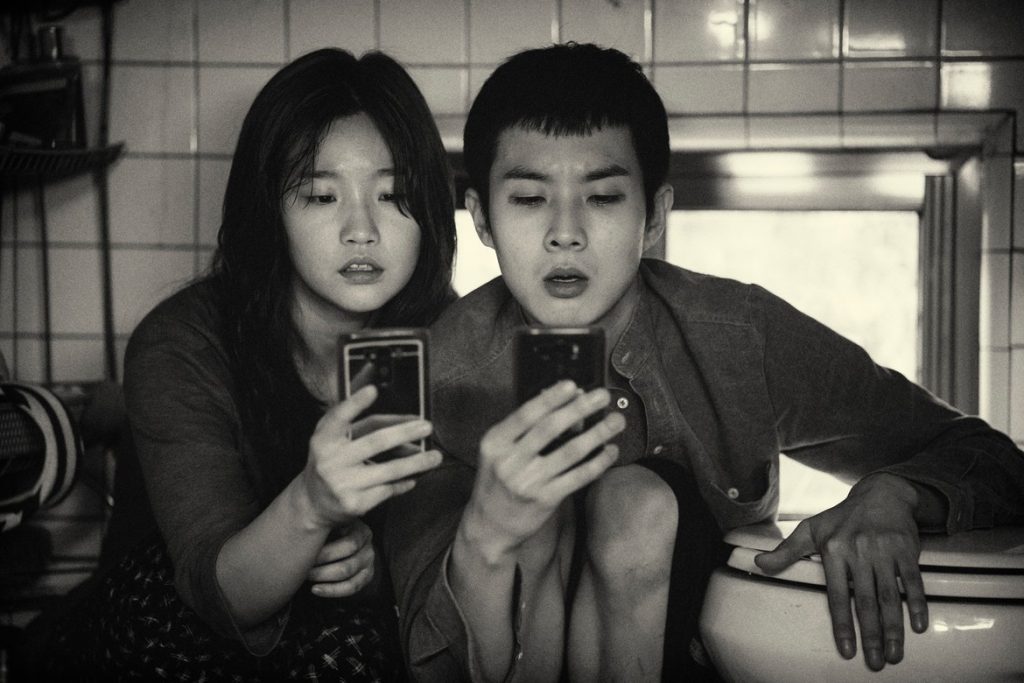 Parasite just swept the Oscars, with wins including Best Picture, Best Director, and Best Original Screenplay! If you missed your chance to see Bong Joon-ho’s brilliant, genre-and-mind bending black comedy (or want to watch it again), now is your chance. And with a twist worthy of Bong Joon Ho, the South Korean filmmaker has requested that Parasite will be released in selected theaters (including Cinestudio) in an eerily expressive black and white. It begins innocently enough, when a poor basement-dwelling South Korean family gets lucky: son Ki-woo (Choi Woo-shik) scores a job as a tutor to Da-hze (Jung Ziso), daughter to the wealthy Mr. Park. Ki-Woo gets his entire family working for the Kims under false pretenses, leading to a class warfare that cannot be called exactly bloodless.

“Bong is in brilliant form, but he is unmistakably, roaringly furious, and it registers because the target is so deserving, so enormous, so 2019: Parasite is a tick fat with the bitter blood of class rage.” Jessica Kiang, Variety.

« JOIN US TO CELEBRATE 50 YEARS ON SCREEN
The Bolshoi Ballet: SWAN LAKE (Live) »