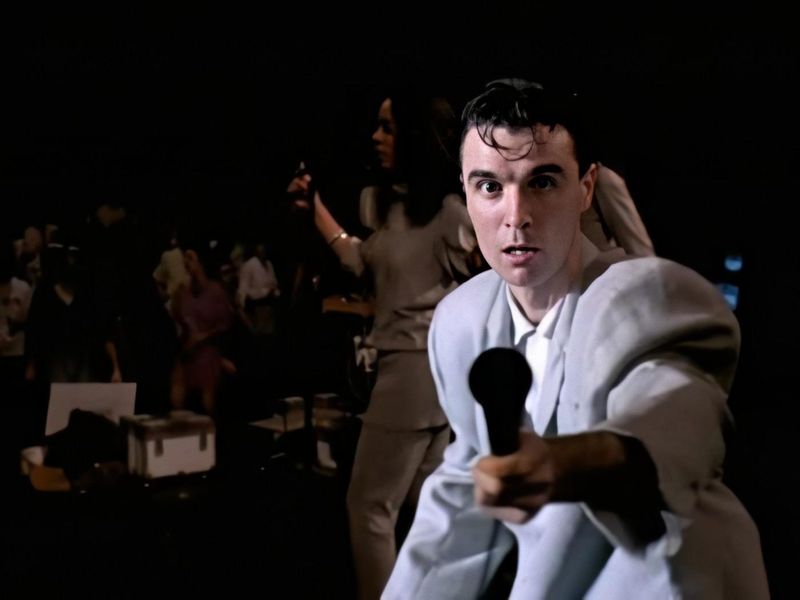 Calling all Cinestudio friends, alumni, and newbies (including fans of the Talking Heads and Punk/New Wave music from any artificially determined generational bracket!) This weekend we invite you to our beautiful cinema to enjoy the sights and sounds of one the greatest rock movies ever made, as it should be experienced. If you haven’t seen this concert film, directed by Jonathan Demme, it begins with a close up of David Byrne’s sneakers walking across the stage, kicking off an intense version of Psycho Killer. With each new song, another member of the band (and the incendiary backup singers Lynn Mabry and Ednah Holt) join in, with blistering performances of Life During Wartime, Heaven, Once in a Lifetime and ‘Burnin’ Down the House.

“A dose of happiness from beginning to end. Stop Making Sense is close to perfection.” – Pauline Kael, New Yorker Magazine