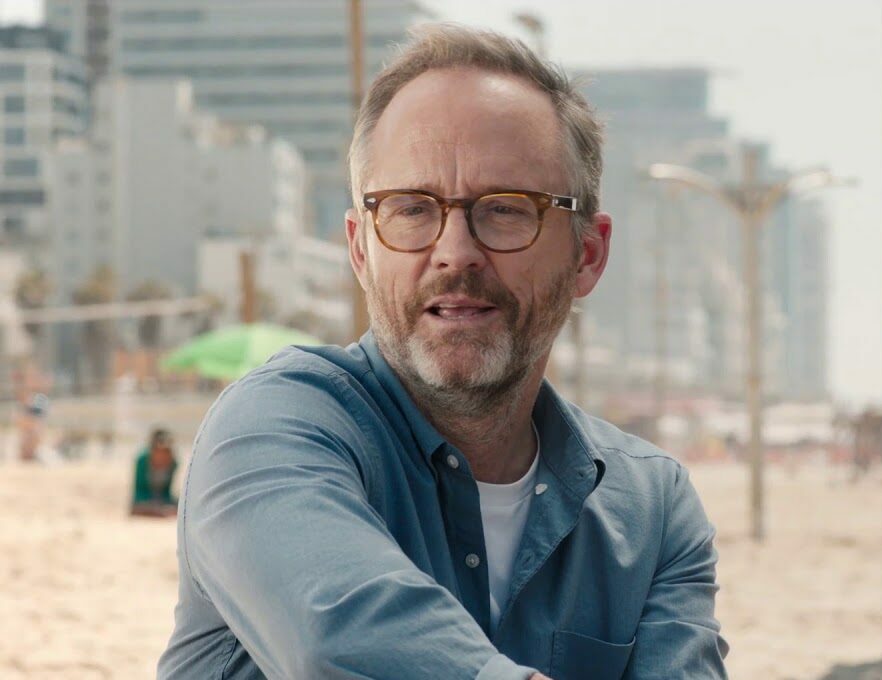 Michael, a New York Times travel writer in his mid-fifties, visits Tel Aviv to research his latest article while taking a break from his husband after they experience a tragedy that leaves him emotionally exhausted. He sublets an apartment from Tomer, an attractive, young, gay Israeli, who takes Michael under his wing and shows him around the city. As they spend time together, Michael experiences Tel Aviv’s youthful energy. Seeing Tel Aviv through Tomer’s eyes changes Michael’s perspective, and he finds the inspiration he needs to embrace life again. Will he return to his life in New York, or make a new one in Tel Aviv with Tomer? Enjoy this latest film from Eytan Fox (Yossi & Jagger, The Bubble), featuring film, television and Broadway star John Benjamin Hickey.

Opens with short film: THE NIGHT TRAIN. Oskar is on the night train, heading home after an interview in Stockholm. With a long night ahead of him, he makes eye contact with Ahmad. For the first time he meets the gaze of someone who feels the same desire as he does.