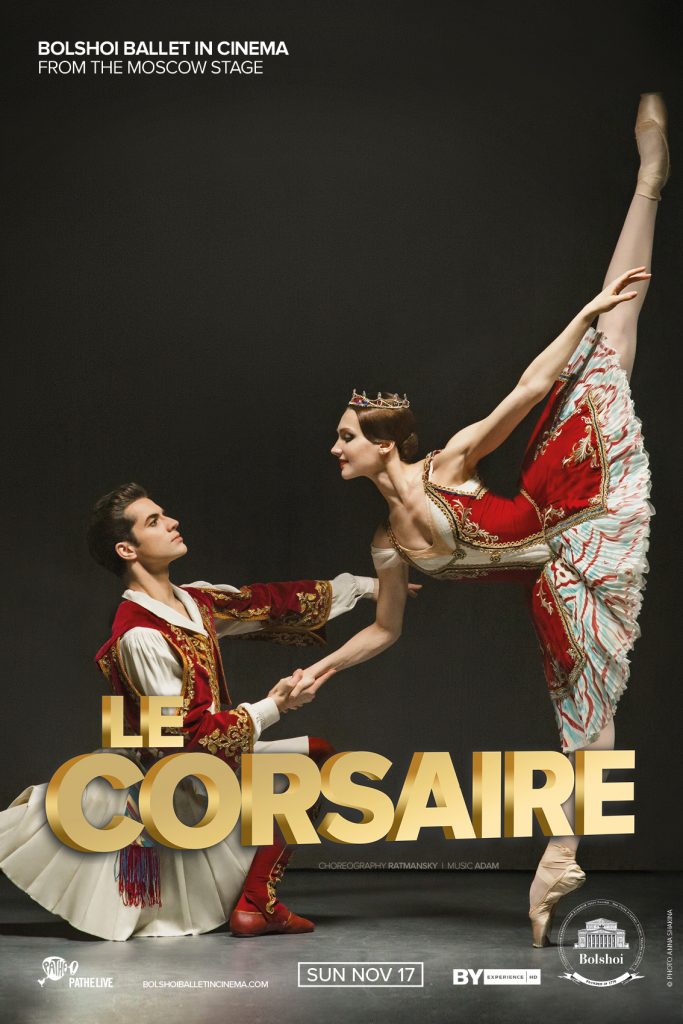 Director: Choreography by Alexei Ratmansky, Yuri Burlaka, based on the ballet of by Marius Petipa.

Pirates! True love! Exotic harem girls (and boys)! It’s no wonder that Le Corsaire, based on a poem by Lord Byron, has remained popular through its many revivals, from the classic 1899 version by Marius Petipa, to the new production by The Bolshoi’s Alexei Ratmansky. Treat yourself to a full-length ballet featuring the exquisite partnership of Ekaterina Krysanova and Igor Tsvirko, glorious music, exotic costumes, and more.

“I can say with absolute confidence that The Bolshoi Ballet are nothing short of magnificent!” Belinda Williamson, Dance Magazine