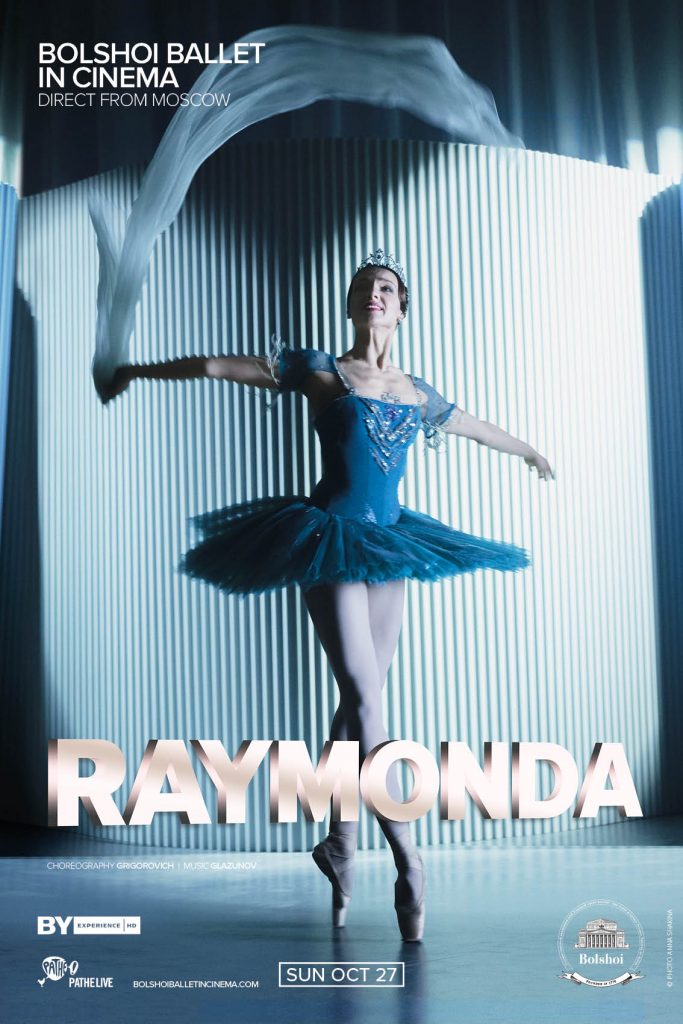 The 2019-20 season of Bolshoi Ballet at Cinestudio opens with RAYMONDA. Based on a medieval knight’s legend, Raymonda has remained a popular ballet since it premiered in 1898, choreographed by the legendary Marius Petipa. Raymonda, danced by Olga Smirnova, is a young countess betrothed to a handsome knight. But her happiness is threatened by the mysterious White Lady, a Saracen knight, and her own careless frivolity.

“Smirnova’s performance was nothing short of extraordinary: Her musicality, exquisite line, and beautiful arms combined to create a harmony of movement that was breathtaking.” – Janet Ward, Bachtrack.com

« LINDA RONSTADT: THE SOUND OF MY VOICE
WHERE’S MY ROY COHN? »