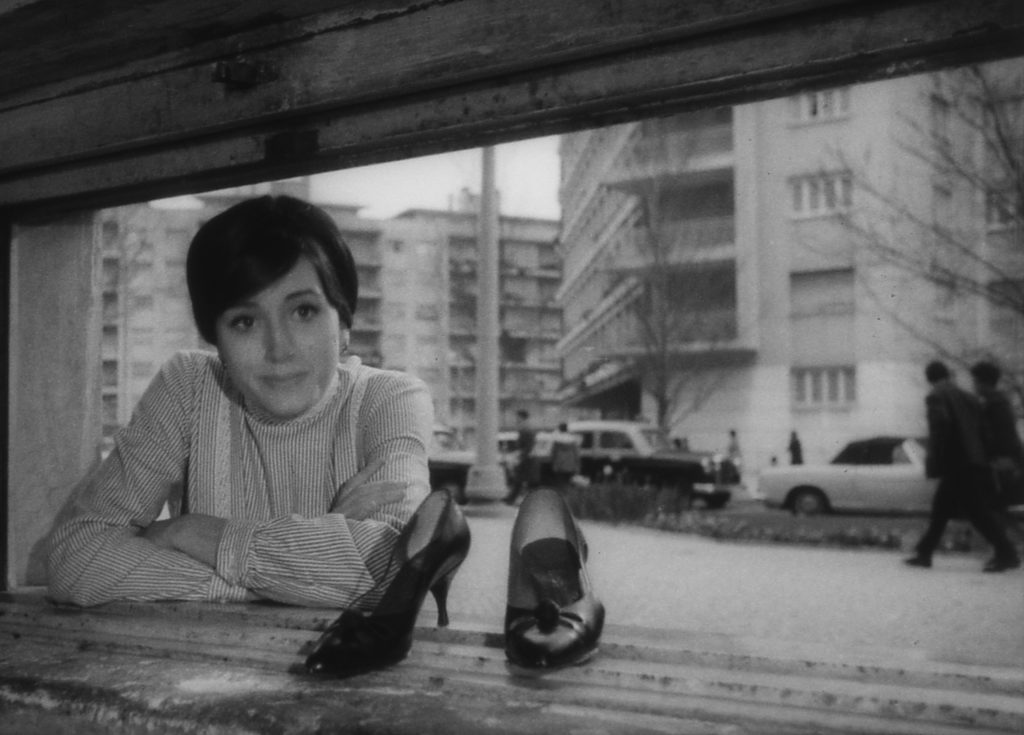 Treat yourself to a masterpiece of the Portuguese New Age, never before released in the US, in a brand new 4K restoration! Cinestudio presents a Virtual Cinema event: the debut film directed by Paulo Rocha is an extraordinary and haunting coming-of-age story. Nineteen-year-old Julio (Rui Gomes) heads to Lisbon from the provinces and gets a job as a shoemaker for his uncle Raul. But when he meets Ilda (Isabel Ruth), a confident young housemaid who becomes a regular shop visitor, his working-class values collide with the bourgeois trappings of modern life. Actor and dancer Isabel Ruth, who went on to star in 50-plus films including River of Gold with Rocha, has a unique presence that still fills the screen with a mesmerizing vitality.

“The first film of a new generation. Striking in its context and its mastery of filmmaking.” director Manoel de Oliveira.