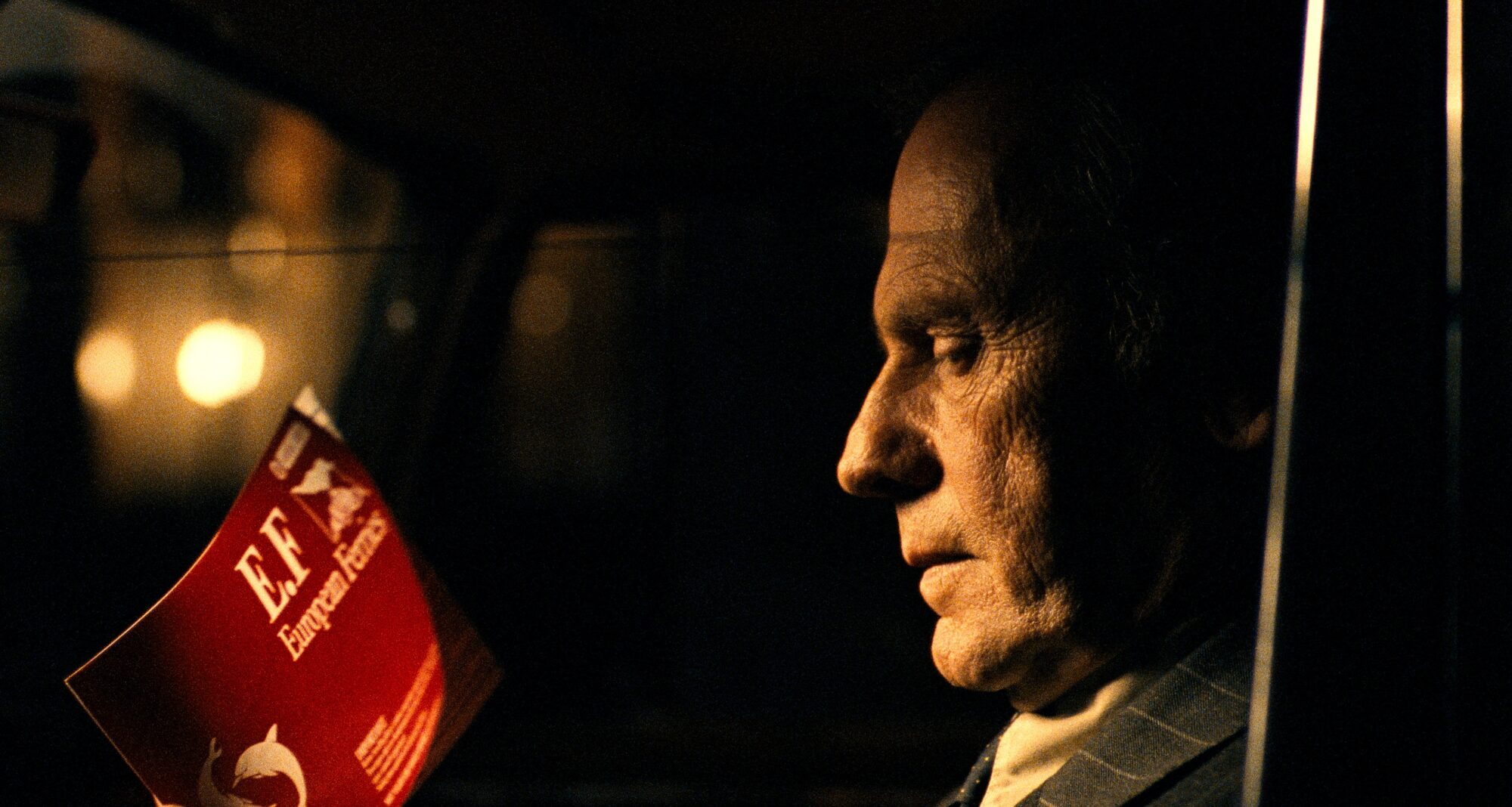 The final film of Kieslowski’s trilogy shows how a series of seemingly unrelated events can alter the future – and maybe even bring about the elusive ideal of Fraternity. In Geneva, University student Rita (Irene Jacob) bumps into a law student, and the page his book falls open to will affect his understanding of justice. Driving home, Rita hits a pregnant dog and tracks down its owner, a retired judge played by the great Jean-Louis Trintignant (Amour, The Conformist). Rita discovers that the judge has been eavesdropping on his neighbors, leading to unforeseen twists and turns. With the law student and dog in tow, Rita boards a ferry to London, where we once again meet the couples in Blue and White. As a dangerous storm approaches, their destinies connect.

“One of the filmmakers I would turn to for consolation if I learned I was dying, or to laugh with on finding I would live after all.” – Roger Ebert, from Great Movies.