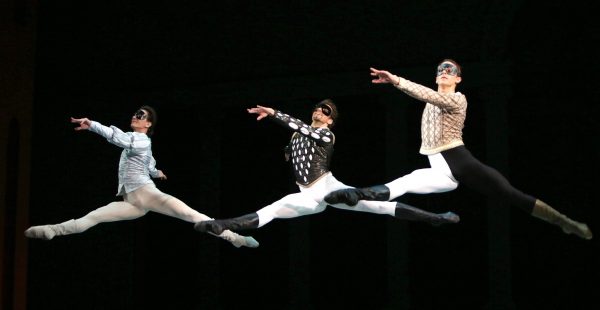 The Bolshoi Ballet: ROMEO AND JULIET
(185) Russia Vincent Bataillon, director
On the legendary stage of the Bolshoi Theater, see a live performance of Alexei Ratmansky's ballet based on Shakespeare's timeless tale of impetuous young lovers. The Bolshoi's former artistic director (who is now artist-in-residence at NYC's American Ballet Theatre) clears away the cobwebs from older versions, featuring less mime and more pure dance. 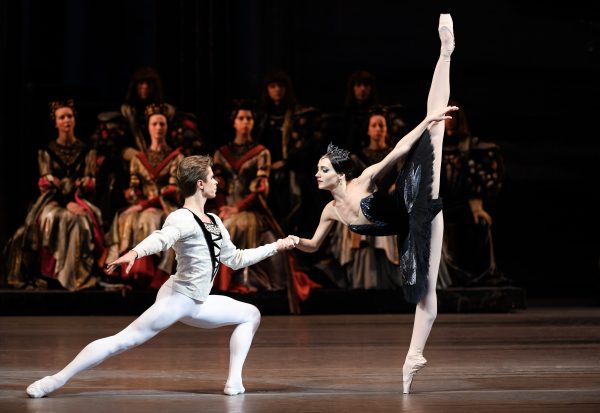 The Bolshoi Ballet: SWAN LAKE (Live)
(160 min, with one intermission.) 2020 Russia Vincent Bataillon, director
Cinestudio presents a live presentation of a sold-out (in Moscow) performance of Swan Lake at Moscow’s storied Bolshoi Theatre. Not a success when it premiered at the Bolshoi on February 20, 1877, Swan Lake has become ballet’s most iconic and challenging masterpiece. 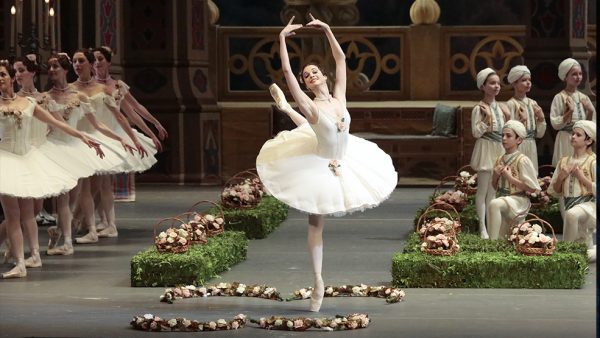 LE CORSAIRE
(213) Choreography by Alexei Ratmansky, Yuri Burlaka, based on the ballet of by Marius Petipa., director
Pirates! True love! Exotic harem girls (and boys)! It’s no wonder that Le Corsaire, based on a poem by Lord Byron, has remained popular through its many revivals, from the classic 1899 version by Marius Petipa, to the new production by The Bolshoi’s Alexei Ratmansky. Treat yourself to a full-length ballet featuring the exquisite partnership of Ekaterina Krysanova and Igor Tsvirko, glorious music, exotic costumes, and more. 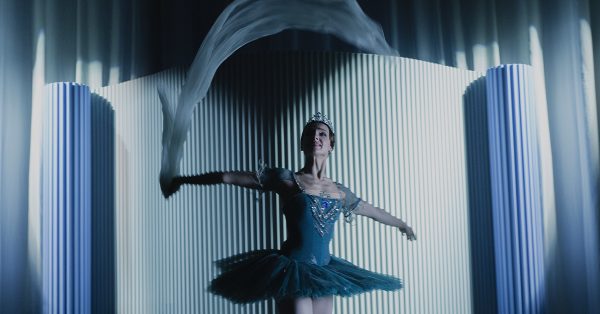 The Bolshoi Ballet: RAYMONDA (Live)
(180 minutes in three acts.) Alexxander Glazunov, director
The 2019-20 season of Bolshoi Ballet at Cinestudio opens with a live performance of RAYMONDA, one of legendary choreographer Marius Petipa's last ballets. Created in Imperial Russia in the late 19th century and captured live from the Bolshoi Ballet in Moscow. 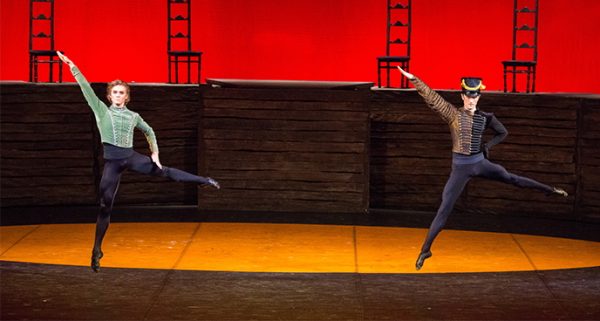 Bolshoi Ballet: Carmen Suite/Petrushka
(140 minutes with one interval.) Russia
Cinestudio presents two ballets by the Bolshoi Ballet, captured live in Moscow’s legendary historic theatre! Carmen: This one-act ballet is a lively and free  spirited tribute to the Spanish heartbreaker who is torn between two men. Petrushka: Music by Igor Stravinsky. The classic 1910 ballet by Mikhail Fokine and the Ballets Russes, that starred Vaslav Nijinsky as the existentially downtrodden puppet at a St. Petersburg Carnival. This enjoyable double-bill event, transmitted to select cinemas around the world, showcases the very soul of Russian Ballet. 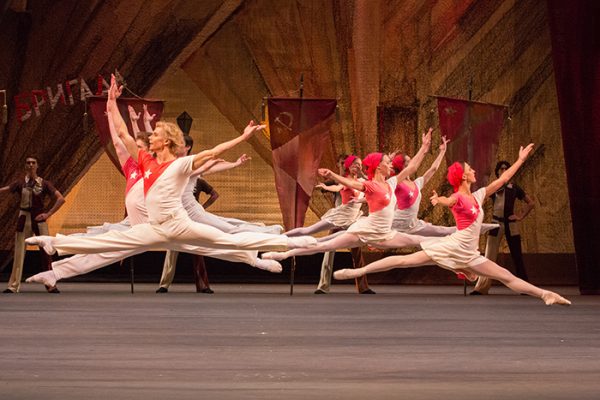 Bolshoi Ballet: THE GOLDEN AGE
(140 with one interval.) Russia
Treat yourself to an afternoon of glorious dancing and music in an encore presentation from Moscow’s Bolshoi Theater! The original ballet, composed by 24-year-old Dmitri Shostakovich in the 1930s, was a tribute to Soviet propaganda. Today, Yuri Grigorovich has revived Shostakovich’s music with a new story: a young fisherman (Boris) must battle the criminal gangs in a 1920s seaside town in Southern Russia, to win the love of his life (Rita). 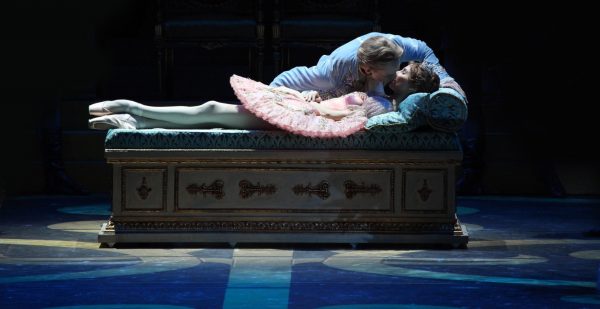 Bolshoi Ballet: THE SLEEPING BEAUTY
(166) Russia Vincent Bataillon, director
The Princess Aurora falls under the curse of the Evil Fairy Carabosse on her sixtenth birthday, falling into a deep slumber of one hundred years. Only the kiss of a prince could break the spell. A resplendent fairytale ballet perfomed Olga Smirnova, a “truly extraordinary talent” (The Telegraph). 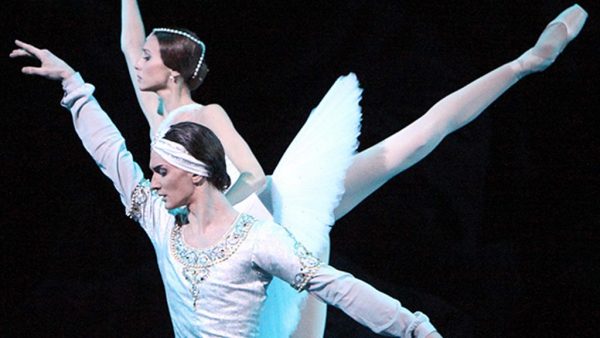 Bolshoi Ballet: LA BAYADERE
(200) Russia Vincent Bataillon, director
Cinestudio brings a little heat to the winter chill with this passionate (ultra-high definition!) ballet from the storied stage of the Bolshoi Ballet. La Bayadere is a key work in the classical repertoire first created in 1877 by Marius Petipa (Sleeping Beauty, The Nutcracker, Swan Lake). Yuri Grigorovich’s updated version is set in an Indian temple, where the beautiful dancer Nikiya and the warrior Solor meet in secret. 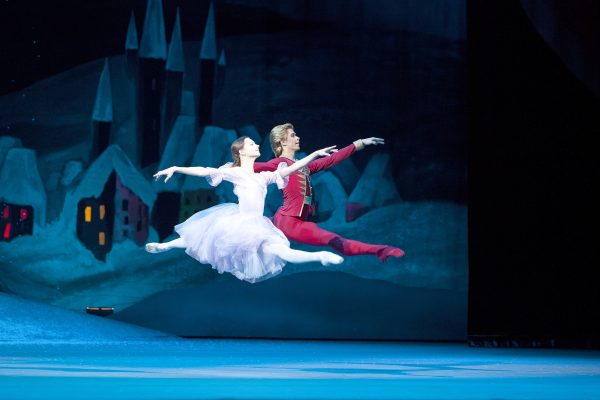 The Bolshoi Ballet: THE NUTCRACKER
(140 min. with one intermission.) Vincent Bataillon. Choreography: Yuri Grigorovich, based on the 1892 original by Marius Petipa and Lev Ivanov., director
Captured live the same day from the Bolshoi Ballet in Moscow, With the iconic music by Tchaikovsky, this beautiful holiday tale celebrates the limitless imagination of childhood. Boldly interpreted by the Bolshoi dancers, it will thrill the whole family with its magic, proving that one is never too young, too old, or too jaded to be swept away byThe Nutcracker’s enchantment. 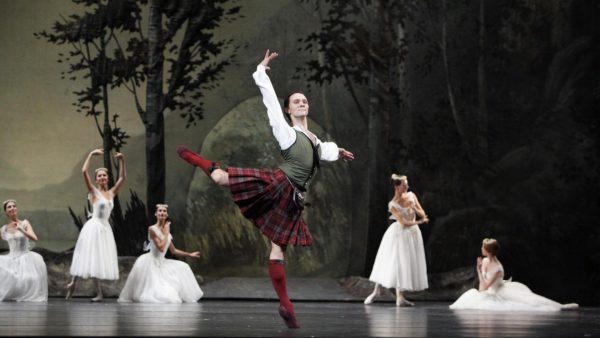 BOLSHOI BALLET 2018-2019: LA SYLPHIDE (Live From Moscow)
(120, one interval.) 2018 Russia
Join us for a gorgeous new production, live from Moscow, of the oldest of the classical ballets known today. The Bolshoi's production of Bournonville's La Sylphide is by the Danish dancer and choreographer Johan Kobborg. Set in Scotland, the ballet opens as James, preparing for his wedding to the very real Effie, is distracted by the apparition of a beautiful, haunting Sylph. 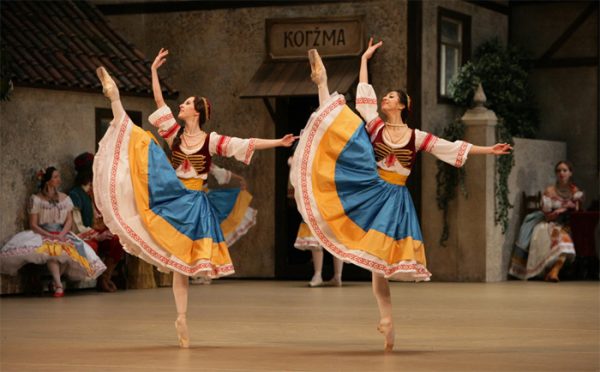 Bolshoi Ballet: COPPELIA
(16) 2018 Russia Sergei Vikharev, director
The 2017-18 season of the Bolshoi Ballet in Moscow wraps up with a very special treat for fans of great dancing! A light-hearted comedy about Franz, a young man who falls in love with a beautiful, enchanted doll. While he remains blinded to her lack of humanity, his very real sweetheart – Swanhilde – tries to break the spell of the old toy maker Coppelius.