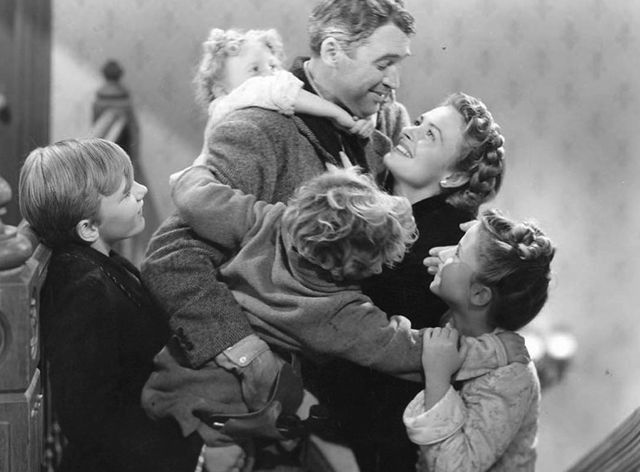 While Frank Capra’s tribute to caring, tolerance and community might have once seemed quaint, difficult times have brought it front and center to our national dialogue. This holiday season treat yourself and the people you care about to Capra’s timeless film about the inter-connectedness of us all. James Stewart plays an ordinary small town guy who’s put his own dreams on hold to help others, only to see his optimism eroded by the selfishness of a privileged few. It takes an angel named Clarence to reveal what Stewart’s world would be like without his sacrifice and commitment.

Writers Dorothy Parker, Cliford Odets and the blacklisted Dalton Trumbo all worked (uncredited) on the brilliant script. Ranked as the #1 Most Powerful Movie of All Time by the American Film Institute.