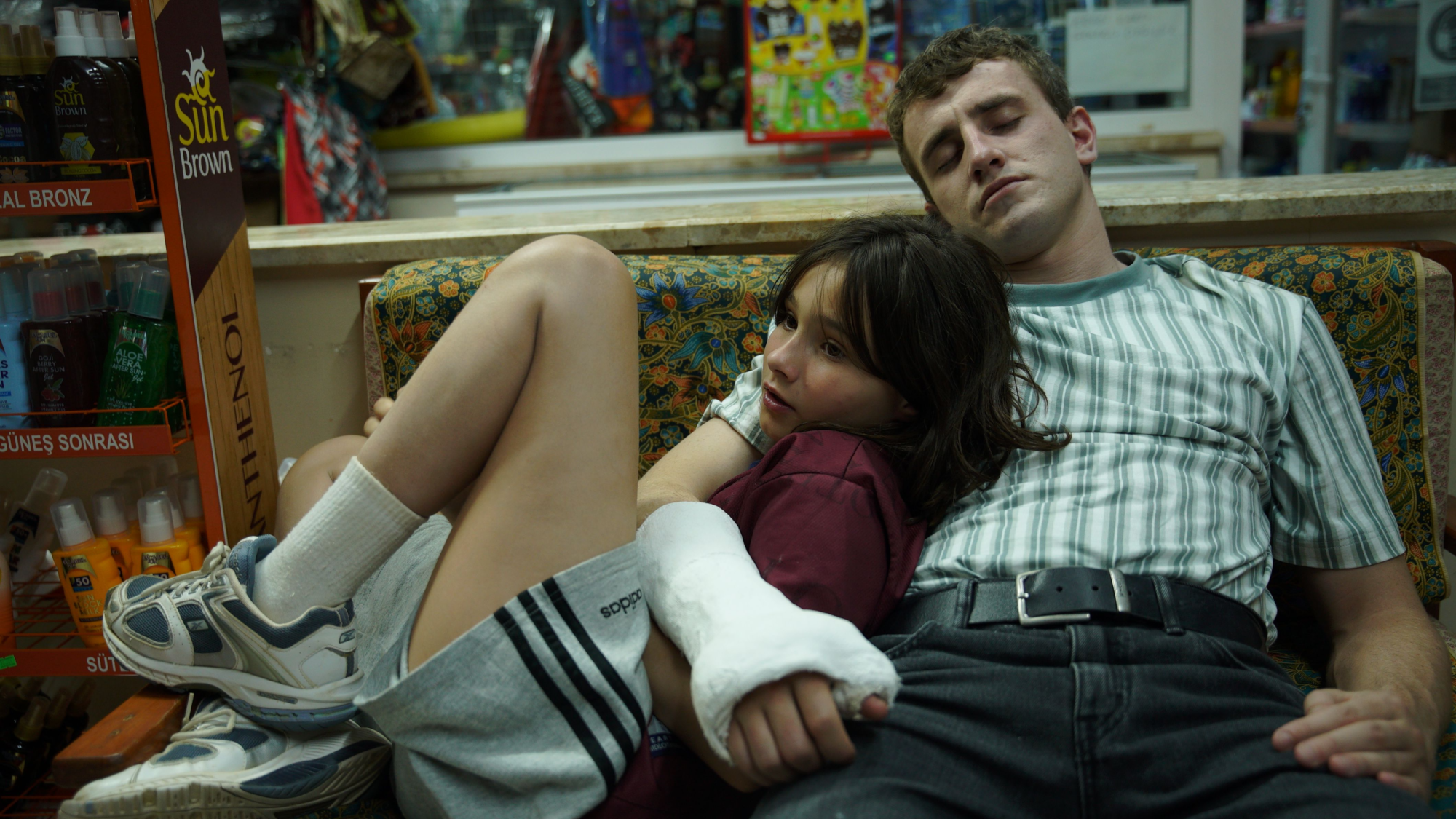 Don’t believe the hype – there ARE still movies being made for grown-ups – and being screened at Cinestudio! Aftersun is a pretty amazing first film written and directed by Scotswoman Charlotte Wells, about a father (Irish actor Paul Mescal) and his 11-year-old daughter Sophie (newcomer Frankie Corio) at an amusingly tacky Turkish Mediterranean resort. Both glory in spending carefree time together (Sophie lives with her Mom) as they swim, shoot pool, and do karaoke. But their sunny idyll can’t stop time, as Sophie discovers the opposite sex, and tries to shatter the wall around her funny, youthful, but inescapably melancholy father.

“I had my top-five-movies-of-the-year list all sorted. Now – boom! – I’ve had to start from scratch.” – Charlotte Sullivan, London Evening Standard.

« PERSONAL PROBLEMS
MUCH ADO ABOUT NOTHING »