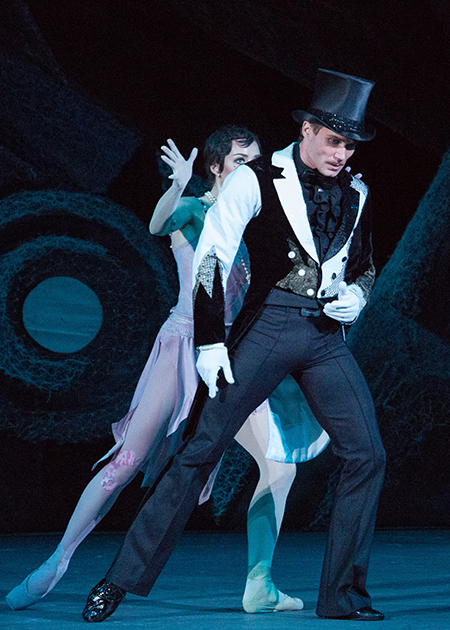 Russia, 140 with one interval.

Treat yourself to an afternoon of glorious dancing and music in an encore presentation from Moscow’s Bolshoi Theater! The original ballet, composed by 24-year-old Dmitri Shostakovich for the Kirov Theatre in the 1930s, was a tribute to Soviet propaganda. Today, choreographer Yuri Grigorovich has revived Shostakovich’s beautiful music with a new story: a young fisherman (Boris) must battle the criminal gangs in a 1920s seaside town in Southern Russia, to win the love of his life (Rita). However, Rita (also known as Mademoiselle Margot) seems content with running The Golden Age cabaret– and the financial security it brings – with her shady partner, Yashka. A heady mix of dance styles, from dancehall to classical ballet.

“With its passionate love story featuring beautiful duets between Boris and Rita, the Bolshoi dancers plunge into every stylized step magnificently!” PatheLive, London.