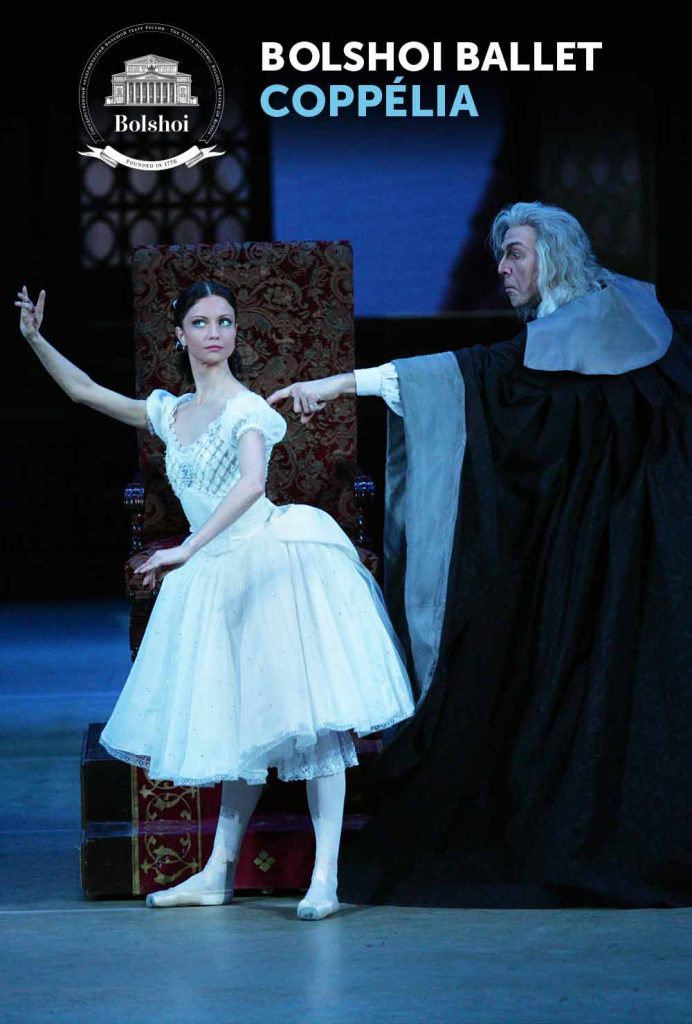 Swanhilda notices her fianceé Franz is infatuated with the beautiful Coppélia who sits reading on her balcony each day. Nearly breaking up the two sweethearts, Coppélia is not what she seems and Swanhilda decides to teach Franz a lesson… The Bolshoi’s unique version of Coppélia exhibits a fascinating reconstruction of the original 19th -century choreography of this ebullient comedy involving a feisty heroine, a boyish fianceé with a wandering eye, and an old dollmaker. The company’s stunning corps de ballet shines in the divertissements and famous “dance of the hours,” and its principals abound in youthful energy and irresistible humor in this effervescent production.

“The Bolshoi’s Coppelia is everything you would want it to be: very big, very Russian and danced to the hilt.” Four stars, Judith Mackrell, The Guardian.