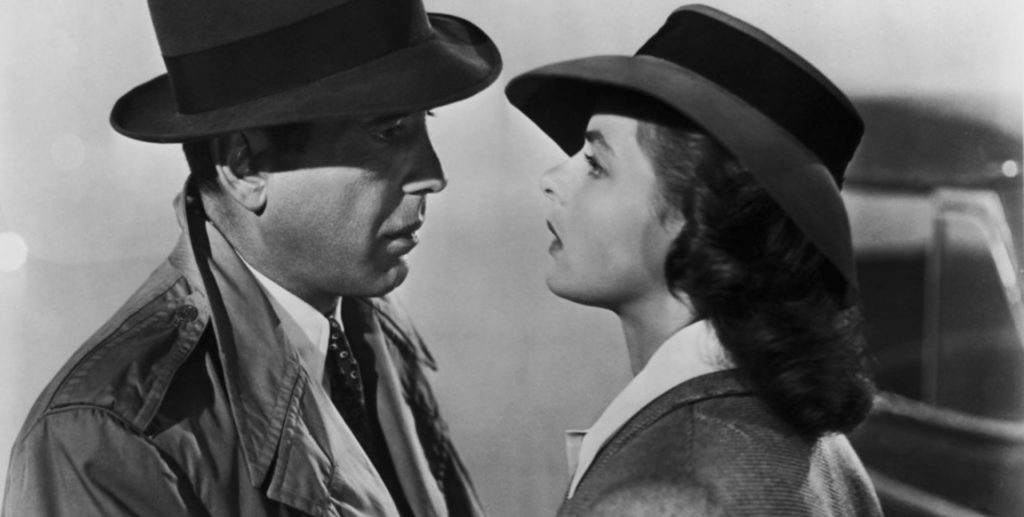 In peacetime, Casablanca stands as one of the best love stories on film. In wartime (when it was released), or times that feel dangerously close to war, it inspires with its moral stance for democracy in the face of brutality. In an occupied North African city during World War II, an apolitical American (Humphrey Bogart) runs Rick’s Cafe. Unfazed by his motley crew of customers (partisans, Nazis, desperate emigrés, swindlers, crooked police and more), Rick’s cool is shaken when the woman who left him in Paris (a luminous Ingrid Bergman) walks back into his life. Bogart’s jaded ambivalence is a kick, but it is his emerging conscience that still stands as a response to apathy and existential despair. Academy Awards®: Best Picture, Best Director, Best Screenplay. 112 min.