THE HUMAN VOICE & WOMEN ON THE VERGE OF A NERVOUS BREAKDOWN

THE HUMAN VOICE & WOMEN ON THE VERGE OF A NERVOUS BREAKDOWN 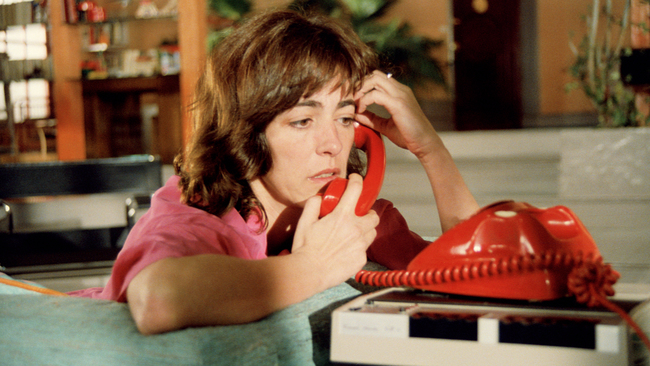 THE HUMAN VOICE Based on La Voix Humaine by Jean Cocteau. While 2020 robbed moviegoers of so much, it also inspired some directors to experiment. Pedro Almodóvar responded with a fantastic short film based on Jean Cocteau’s monologue of a woman on the telephone with her faithless lover – now updated and starring a more independent Tilda Swinton. 30 min. In English

WOMEN ON THE VERGE OF A NERVOUS BREAKDOWN Even before the remake of The Human Voice, Pedro Almodóvar drew on its theme of a rejected woman driven to despair in his 1988 classic movie. In vibrant working class Madrid, angst morphs into screwball comedy, as star Carmen Maura tries to track down her lover. It’s a wild adventure including barbiturate-spiked gazpacho, accidental hookups with terrorists, and the possibilities of turning rivals into comrades. “A feminist comedy with real bite; it always brings down the house.” – Chicago Tribune. 89 min. In Spanish with English subtitles.

“one of the most striking things about the last 13 months is how unanimously society as a whole – not just cine-nuts like us – have been craving the big-screen experience. FILM FOREVER and everywhere, wide and wild.” – Tilda Swinton.