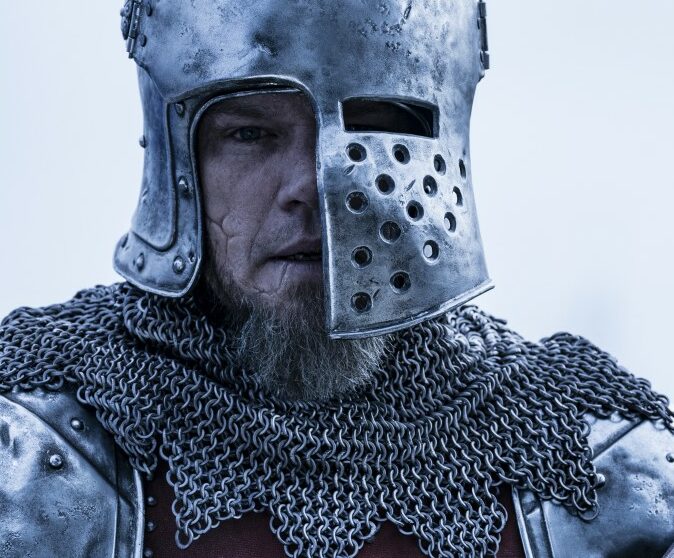 Screenwriter: Nicole Holofcener, Ben Affleck, and Matt Damon, based on The Last Duel by Eric Jager.

The thrilling challenge of creating something unlike anything you’ve done before animates every frame of this true story set in Medieval France. Director Ridley Scott (Blade Runner), and screenwriters Nicole Holofcener, Matt Damon, and Ben Affleck plunge the audience into an unfamiliar world, where the rules of chivalry are clear, but the truth remains murky. Knight (Damon) returns from battle to his wife’s accusation that her husband’s Squire (Adam Driver) raped her. King Charles VI sanctions the men’s duel, but as in Kurosawa’s Rashomon, we see the events through three different perspectives: the betrayed Knight, the love-struck Squire, and the woman (Julie Comer of Killing Eve) who is looking for justice.

As an imperious Count, “Ben Affleck is a sly messenger for the film’s moral vision. Scott’s most entertaining movie in decades!” – Bilge Ebiri, New York magazine.