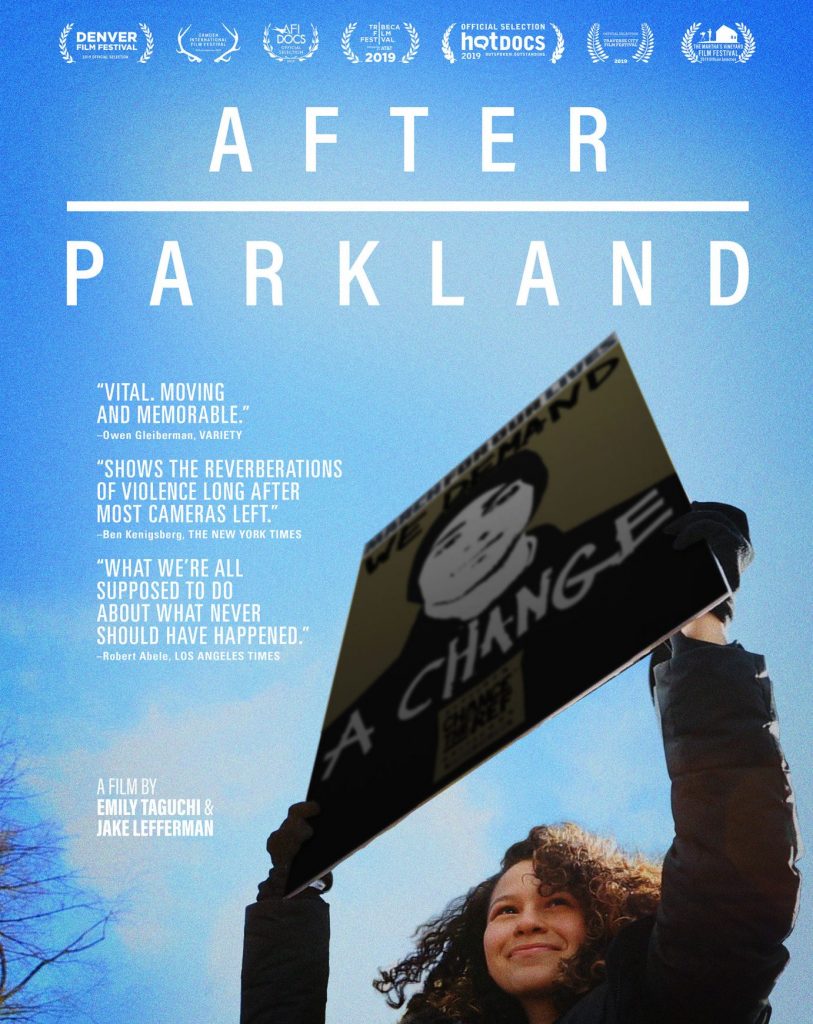 On Wednesday, February 12, people across the country will be gathering to watch the one night screening of the acclaimed documentary, in commemoration of the two-year anniversary of the Stoneman Douglas High School shooting. Filmed in the days after the shooting at the Parkland, Florida high school in 2018 that killed 17, this intimate chronicle follows the students and families whose lives were forever transformed – including senior David Hogg, who recorded his class during the attack and became the face of the Never Again movement.

“After Parkland is a more than a moving portrait of grief – it is a challenge to all of us to turn tragedy into progress. “It’s a film that couldn’t be more urgent.” – Variety.