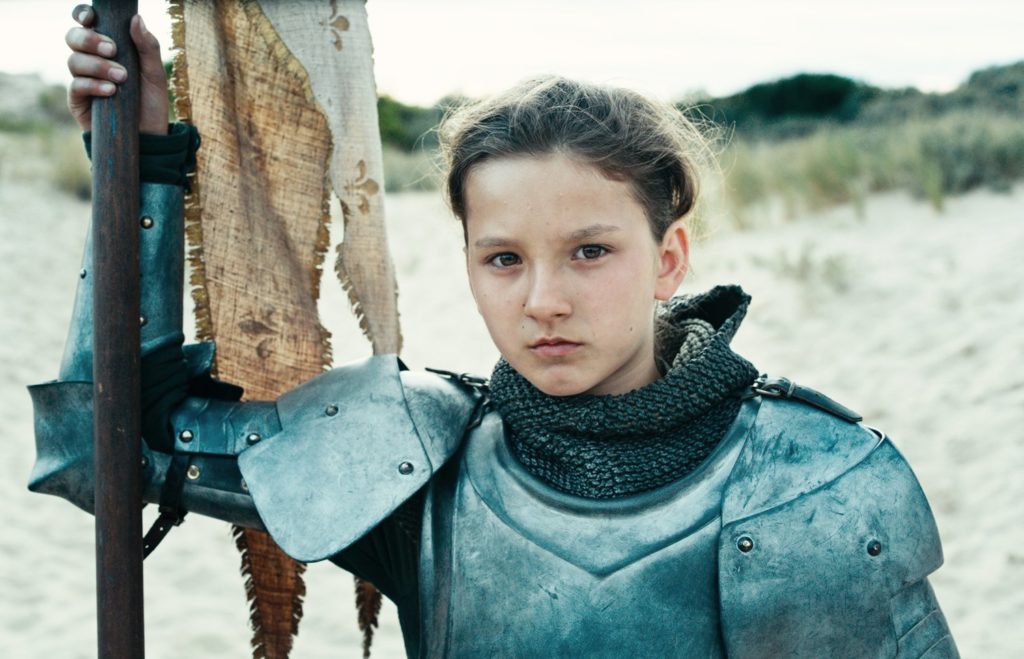 Screenwriter: Bruno Dumont, based on the play by Charles Péguy.

In the film by Bruno Dumont, grâce takes on two meanings: a religious state of transcendence, and the courageous acceptance of one’s fate. Casting 10 year-old Lise Leplat-Prudhomme as France’s most celebrated saint and warrior, was a stroke of pure genius by the subversive Dumont, the winner of two Grand Prix Awards at Cannes for L’Humanité and Flandres. Putting a child in armor, and seeing her stand up to the cross-examination of the powerful Church and State, has an uncanny effect. At first we are struck by her vulnerability, but Leplat-Prudhomme’s steely determination conveys a bold resilience that gives Joan’s spirituality a palpable presence.

“The cinema is filled with iconic portrayals of the Maid of Orléans…but Prudhomme’s extraordinarily committed performance fully deserves a place among those.” Sam C. Mac, Salo

« AFRICA ON THE SEINE (Afrique sur Seine)
VARDA BY AGNES »