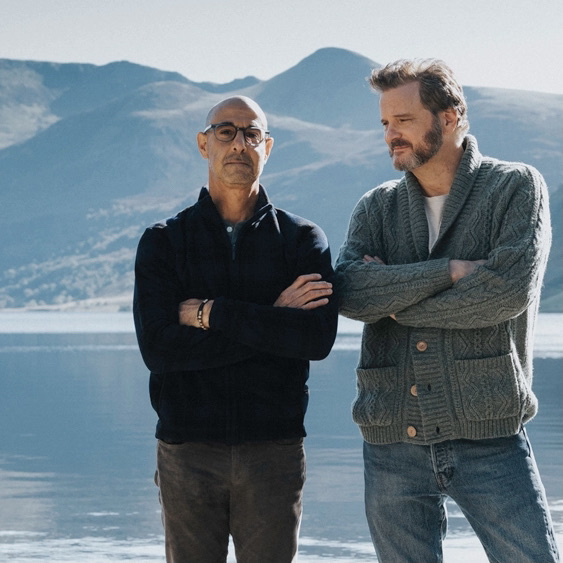 Great acting thrives on trust, and the 20-year friendship of Colin Firth and Stanley Tucci frees them to create extraordinarily honest and vulnerable performances on screen. Firth (a mild English pianist) and Tucci (an acerbic American author) play a longtime couple who affectionately bicker their way through England’s Lake District in an old Winnebago. But this is not an ordinary road trip: Tucci’s humor and intelligence cannot hide the growing signs of his early onset Alzheimer’s disease. Although they delight in the spectacular countryside, visiting family, and nightly stargazing, the two amateur astronomers must face the inevitable losses of what they call “that bloody awful thing.”

“Tucci and Firth have never been better.” – Michael Sullivan, Washington Post. “Alive with the things that make life worth living.” – NME.